Home Why CRC? Graduation and Transfer

Whether Cosumnes River College is the final stop on your educational journey, or a milestone along the way, we are here to help you succeed.

We offer over 200 degree and certificate programs that cover a variety of general education, transfer, and career education options.

Cosumnes River College graduates also transfer to a variety of four-year universities, including the University of California (UC) and California State University (CSU) systems, as well as to private and out-of-state colleges.

Tell us your educational goal and we will help you achieve it.

with a Degree or Certificate

to a Four-Year College

The Transfer Center is Here to Help

CRC's Transfer Center is here to provide support and guidance with transferring to a four-year college or university. Online appointments and drop-in sessions are available.

Hear from Our Graduates

Cosumnes River College alumni are making a difference in their communities. 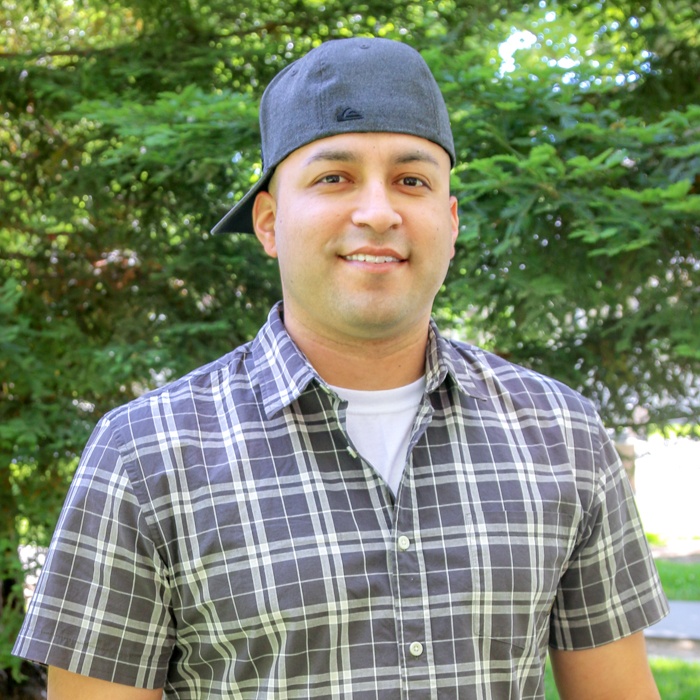 "I'm very attracted to the idea that, by teaching here, I am helping students who are a lot like I was gain an ability they can use to make their lives better in the same way that I was able to." Jacob Velasquez Alum / Philosophy / Cosumnes River College Read More

"I'm very attracted to the idea that, by teaching here, I am helping students who are a lot like I was gain an ability they can use to make their lives better in the same way that I was able to." Jacob Velasquez Alum / Philosophy / Cosumnes River College

CRC Honors Program alum, Dr. Jacob Velasquez, offers a unique perspective on the value of Honors as a new member of the faculty at his alma mater. Originally from Sacramento, Velasquez feels fortunate to be back and close to family after his adventures between being an honors student and teaching at CRC. Throughout his academic journey, Velasquez kept in touch with his former Honors instructor, Rick Schubert, who appreciates the scope of his colleague’s relationship with CRC. Schubert notes, “Jacob is at the start of his career as an academic professional, the culmination of a considerable transformation. He came to CRC as a Marine Corps combat veteran, already married, a parent, the first in his family to attend college, unsure exactly what direction the rest of his work life would take, and unsure of the value of his own ideas. But he left CRC with a clear sense of where he wanted to go in his professional life and how to get there. He left a confident scholar, knowing that his ideas have value, his interests are important, and that pursuing them makes a positive difference in the world. He’s a testament to the transformative power of our Honors Program.”

​Honors helped Velasquez to set his goals and achieve them providing him, Velasquez says, with the skills vital for academic success. And Velasquez has certainly been successful, transferring to UC Berkeley for his B.A., earning a Ph.D. at UC Davis, and landing a faculty position at CRC. Paramount among all of the benefits he acquired through Honors, Velasquez explains, “was the confidence I gained that led me on my path toward becoming a professor, and that helped me overcome the many obstacles I encountered along the way.”

When asked about his experience as a CRC student before and after joining the program, Velasquez notes that Honors provides the opportunity to approach General Education from the standpoint of a topical focus. Recalling his own experience in Philosophy of the Martial Arts (HONOR 364), he observes that students in the seminar don’t merely study philosophy in general, but instead study philosophy as it relates to martial arts. The benefit, he points out, is the opportunity for students to connect the subject matter to something specific in their lives and to see it as a part of a larger conversation.

Another important difference between Honors courses and other courses, Velasquez notes, concerns class size. The smaller number of students in an Honors course, he attests, gives students not only greater access to the instructor but also to the material itself. Velasquez remembers being an active participant in delivering material during Honors class meetings, as he and his fellow Honors students were able to present their original research and answer each other’s questions about the topic of that research.

Reflecting on his Honors experience, Velasquez says two of the most important lessons he learned were that he was capable of contributing to a community of scholars who have interests like his own, and that pursuing his own research is very fulfilling. Turning to the present, he says “I'm very attracted to the idea that, by teaching here, I am helping students who are a lot like I was gain an ability they can use to make their lives better in the same way that I was able to.”