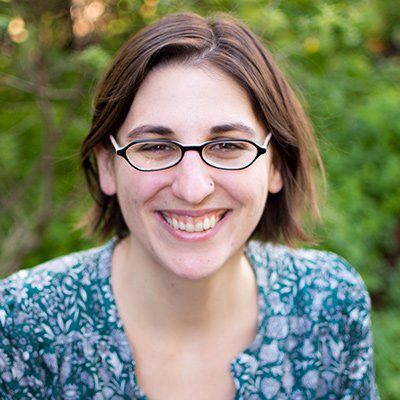 Lisa Beebe is an ethnomusicologist and musician whose research interests include Baroque performance practice, music and tourism, and traditional music performance in Vietnam and the diaspora. Lisa received a PhD in cultural musicology from the University of California, Santa Cruz, an MA in Music History from the University of Washington, and a BA in Music and French from Hiram College (Ohio). Her PhD dissertation, “The Vietnamese Đàn Bầu: A Cultural History of an Instrument in Diaspora” argues that the instrument is a site where state institutions, individual musicians, and audiences in Vietnam and the diaspora articulate myriad narratives of personal and national identities.

As an active member of the Society for Ethnomusicology and the Society for Asian Music, Lisa has presented her research at local and national conferences. She also performs on the Vietnamese đàn bầu monochord and đàn nguyệt lute as well as the viola and viola da gamba. 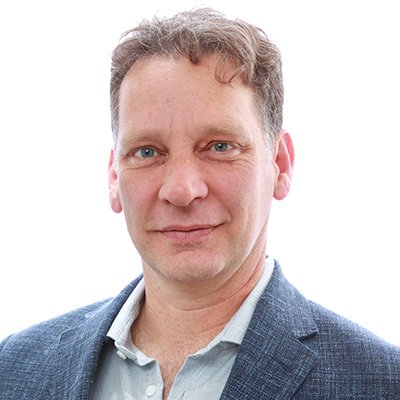 Kurt Erickson is currently serving as composer-in-residence with San Francisco performing arts organization LIEDER ALIVE!, writing and premiering new commissioned works for guest artist recitals on their subscription concert series. Noteworthy premieres and commissions include: choral works premiered by the San Francisco Girls Chorus at Davies Symphony Hall, performances of his song set Chicago Songs performed across the US, premiere performances and radio interviews at the American Guild of Organists National Convention, as well as a new commissioned work for soprano and orchestra to celebrate the 50th Anniversary of the Berkeley Community Chorus and Orchestra.

Erickson’s association with the late countertenor Brian Asawa led to premiere performances in Los Angeles, San Francisco, Long Beach, and Seattle with critical acclaim in The Huffington Post and San Francisco Classical Voice. Erickson has worked extensively with San Francisco Opera Ballet Master Lawrence Pech on a number of dance commission projects. Erickson is currently engaged to write a new commissioned song set for baritone and piano, to be premiered during the 2019-2020 season by a consortium of singers across the world.

While in his twenties, Mr. Erickson served a unique 1999-2000 sacred music composer residency at San Francisco’s Grace Cathedral, St. Mary the Virgin, and Berkeley’s St. Mark’s. Shortly thereafter, he served as the composer-in-residence at The National Shrine of Saint Francis of Assisi from 2001-2003, writing music for their professional choral ensemble Schola Cantorum; a recording of Mr. Erickson’s choral works by this outstanding vocal group garnered considerable critical acclaim.

A new music advocate, Mr. Erickson directs the Neue Lieder Commissioning Program - a biennial project that commissions prominent composers from the US and internationally for premiere performances on the LIEDER ALIVE! concert series. Mr. Erickson frequently serves as a guest composer and speaker at colleges and universities across the country. He is a frequent performer with his wife, acclaimed soprano Heidi Moss Erickson. 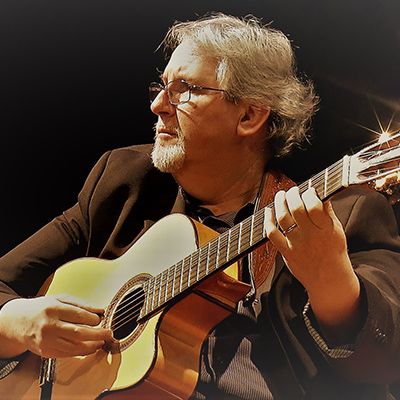 In 1998 Steve performed at The Glasgow International Jazz Festival in Scotland with Jazz Organ Legend Jimmy Smith. He has performed for the 1998 and 2000 Jazz Ambassadors program held at The Kennedy Center For The Performing Arts in Washington D.C. Also as a part of this program, Steve completed music tours throughout Africa, where he performed and conducted jazz workshops which were featured on radio and television programs in over 12 countries. In 2003, Steve was a featured performer with The Cosumnes River College Jazz Orchestra at The North Sea Jazz Festival with additional performances in Amsterdam, Paris and England. 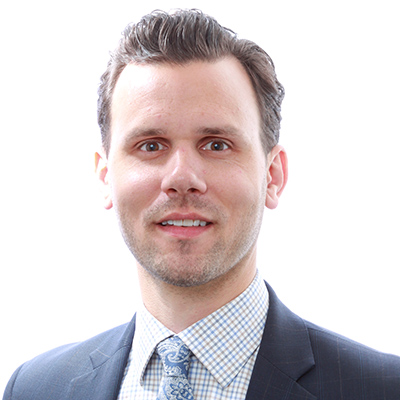 Maxwell Kiesner is the Assistant Professor of Instrumental Music at Cosumnes River College, where he directs the CRC Concert Band and Jazz Band, teaches Applied Trumpet, and leads courses in Music History, Jazz History, and Musicianship.

Mr. Kiesner holds a B.M. in Music Education from Northern Illinois University with an emphasis in jazz studies and a M.M. in Orchestral Conducting from California State University, Sacramento. His primary teachers include legendary jazz educator Ronald Carter and Pulitzer Prize nominated composer-conductor Leo Eylar. He is a long-time member of the Sacramento Jazz Orchestra and an active freelance musician throughout Northern California.

From 2007–2019, Mr. Kiesner was co-director of the renowned Rio Americano High School band program, where he led concert bands, jazz bands, and piano courses. During his tenure, Rio Band students received numerous DownBeat awards, were selected to play in CMEA All-State ensembles, and participated in several prestigious national competitions. During the summers, he led performance tours of Japan, Australia, Ireland, Spain, Italy, and Argentina. Mr. Kiesner is dedicated to supporting school music programs and educating the next generation of music professionals at Cosumnes River College. He stays connected to the community through the outreach efforts of the New Hammer Concert Band, by serving as a clinician for the Sacramento Jazz Education Foundation, and through his work as an instructor at the Camp Winthers Summer Music Camp. 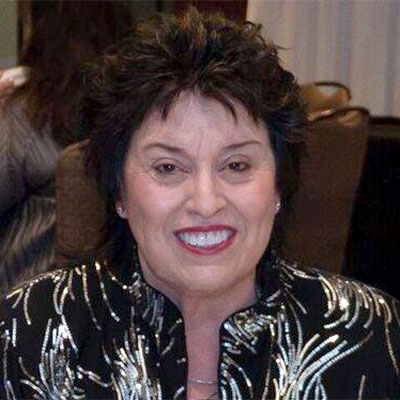 Judi Sands-Pertel has taught at CRC since 1989, courses include; Piano, Music for Children, Intro to Music and Basic Musicianship.

While serving on the Music Teachers’ Association of California State Council for 11 years, Judi coordinated teacher and evaluator training and was State Chair for 6 years, overseeing the Certificate of Merit program which testing for over 30,000 students in California. She served on the local branch of MTAC for 18 years.

Judi also teaches in her independent studio where she teacher private individual and group piano lessons along with computer aided instruction. 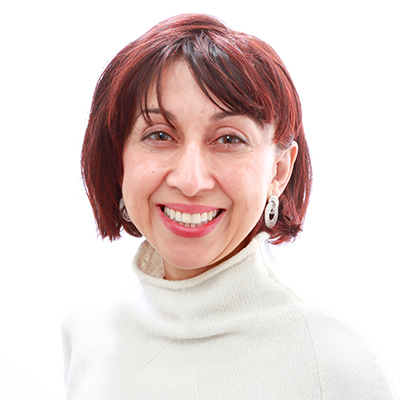 Narmina Sultanova has attracted attention as one of the most exciting and communicative pianists of today's generation. Her intense musicality, brilliant virtuosity and electrifying personality consistently thrill audiences at various concert venues. As a 14-year-old competition winner, she made her orchestral debut playing Rachmaninoff's Second Piano Concerto with the Azerbaijan State Symphony Orchestra.

Dr. Sultanova has performed in numerous concert halls worldwide including Rachmaninoff Hall in Moscow, Munich Marktoberdorf Hall, Stuttgart Music Hall, Presidential Symphony Orchestra Hall and Bilkent Concert Hall in Ankara, Cemal Resid Rey Concert Hall in Istanbul and in her hometown – Baku, at the Azerbaijan State Conservatory Hall, State Philharmonic Hall and in various venues of the Bay Area. Her wide spectrum of repertoire at these venues included pieces from Baroque to the contemporary era.

Currently, she is a faculty member at Cosumnes River College, performs in many chamber ensembles and actively teaches at her private studio in Davis. She is an active member of the Music Teachers Association of California. Her students successfully participate in various festivals and competitions. 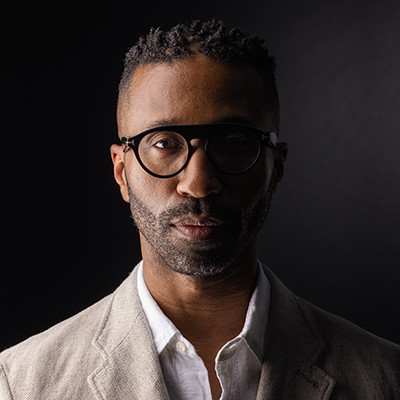 Omari Tau, baritone and Sacramento native, has degrees from Michigan State University and the Moores School of Music-University of Houston in Music Education and Vocal Music Performance, where he studied voice with mezzo-soprano, Katherine Ciesinski and opera direction with Buck Ross.

At home in the operatic and musical theatre worlds, as well as in jazz and pop genres, Professor Tau has proven a versatile performing artist, educator, and director. He served as the Director of Opera Theatre at Sacramento State University from 2012 to 2018 and has directed the Houston Grand Opera’s Education and Outreach Department touring opera program, Opera To Go! which prepared young professionals for the stage in performances dedicated to young audiences.

Tau is an active actor and singer of styles ranging from classical, jazz, and musical theatre to pop and R&B. His experiences as an artist intersect across broad spectrums, including composition, performance, conducting, and both musical and stage direction and has also been a private voice instructor for over twenty-five years, exploring vocal technique with students of all ages and in various styles of music from pop and Broadway to art song and opera.

As a performing artist, Professor Tau toured with Disney’s  The Lion King for nearly nine years, performing the role of Banzai as well as roles at the Tony Award-winning Alley Theatre, Sacramento’s Broadway at Music Circus, the MUNY, TheatreWorks Palo Alto, and Theater Under The Stars. Tau appears on Albany Records in Roger Nelson’s operatic adaptation of  A Room with a View and Disney’s  A Lion King Christmas recordings.

As a composer, Tau’s operas  A Night At the Algonquin, Lucky Hans and  The Pre-Show Opera Lecture were all commissioned and premiered by Lone Star Lyric where they enjoyed successful runs. He has also composed for Houston Grand Opera’s Education and Outreach programming, Rogue Music Project as well as his own initiative entitled Lions in the Library. His arrangements for voice and woodwinds can be heard with MôD Artists, a consortium of new and inventive musical collaborations who are the recent recipients of the Sacramento Region Community Grant Foundation’s Creative Economy grant.

Professor Tau is Co-Founder of Rogue Arts and Media, Inc. where he is Artistic Director of Rogue Music Project, a new and innovative opera company based in Sacramento California.